I have a question for you… a little philosophy for the holiday season.

What if, by some fluke of reincarnation, you were born back into your life with all the knowledge and consciousness you have now? Imagine that you were to die tonight… or tomorrow. And you were born again as exactly who you were, everything the same. Everybody around you is completely unaware of anything… they are just living as they normally would… as they did before, but to them, it is the first time.You have full awareness of your previous self and recognize you are you again.
Of course, you do not have this “gift” immediately. A baby would go crazy with adult consciousness. So, let’s say you were 8 when slowly, or all of a sudden, you knew what you know (remember) today. What would you do? How would you live? What would you change? You also have the knowledge that whatever you might change, might change somebody else’s life. Remember the woman you helped at the train station… or the airport (I can’t remember, but I think she was Russian). What if a small change might mean somebody else was president of France… or America….
Would you try to stop the plane crashes of September 11?
Do you remember the movie Groundhog’s Day, with Michael Keaton and Andy Macdowell? He kept waking up to the same day, he was the only one different. There was a homeless man who dies and he tries to save him, and a kid who falls out of a tree and he catches him, he robs a bank truck, learns how to play the piano…
Now you have your whole life. You know how it will end up if you do everything the same, but not if you change something or everything.
I’ll tell you what I would do… just some of it:
I don’t think Celine Dion has anything to worry about from me… but I have often thought that if I were going to start my life over, knowing what I know today, I would sing and dance. I love to dance, but I have very little confidence in my ability.
I would learn about health much earlier. I would start on an exercise program while I was still young. I would use sunscreen on my face starting early in life. I wouldn’t eat all the crap that I did when I was a kid.
I would stop biting my nails before I ever started!
I would take voice lessons and dance lessons… and martial arts. But I wouldn’t take just one martial art… I would do a lot… some sword stuff, just different stuff.
I would learn foreign languages, not just one, but several. I would try to get dual citizenship as soon as possible. I would start saving and investing money with my allowance when I was 5. Maybe then I could travel without 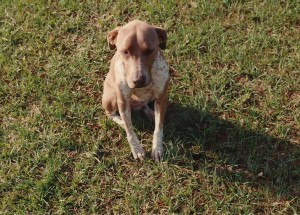 worrying about teaching or trying to figure out a way to pay for it.
I would go the Washington County Humane Society every day in January and February 1988, I think, and check to see if Coco is there yet. I would not miss a day of her. I would live in Florida, but alone. Get Tova… see the country. I would get my degrees, but sooner and I think I might get some more degrees… or at least education.
I would not re-marry my first husband or date my second fiancé. If I knew then what I know now, why go through it all again? I would work for Scott again, but I would not get personally involved with him. I would not get frustrated or irritated with his

inefficiency and constantly changing plans and never telling anybody and yada yada yada.

I would read books on philosophy, love, relationships, and communications as much as I could. I would try to be as prepared as possible for….
I would definitely go to Green Bay in March and then in July 1998. And, knowing then what I know now… I wouldn’t waste a minute of it again.
You cannot copy content of this page